A new report from mobile intelligence firm Sensor Tower shows that in the first half of 2022, the mobile gaming industry saw its first revenue slump in quite some time, with the market plummeting 9.6 percent year-on-year.

Out of 14 game genres, only two, Arcade and Tabletop, saw revenue growth, with the former increasing 14.8 percent to $176 million and the latter increasing 0.9 percent to $388.8 million. dollar rose. “The #1 arcade game by player spend was clawee by Gigantic, which generated $16.5 million in the US in the first half of the year. It followed Gold & Leprechauns by AppQuantum Publishing at #2 and Idle mafia Century Games ranked #3,” the report reads.

All other mobile game genres saw a decline in the first half of 2022, with racing games bearing the brunt with a 28.8 percent drop. While puzzle games saw an 8.8 percent drop in revenue year-over-year, they were still the largest category by spend at $2.3 billion, while casino games posted $2.2 billion in revenue for the first half of the year were in second place in 2022.

In terms of downloads, the action games genre saw the fastest growth, up 5.4 percent year-on-year to 54.7 million. “The #1 action game for download was Genshin Impact by miHoYo, which has accumulated 2.3 million downloads, followed by Galaxy Attack: Space Shooter by Rocket Go Global at #2 and Galaxy Attack: Alien Shooteralso by Abigames, at number 3,” says the report. 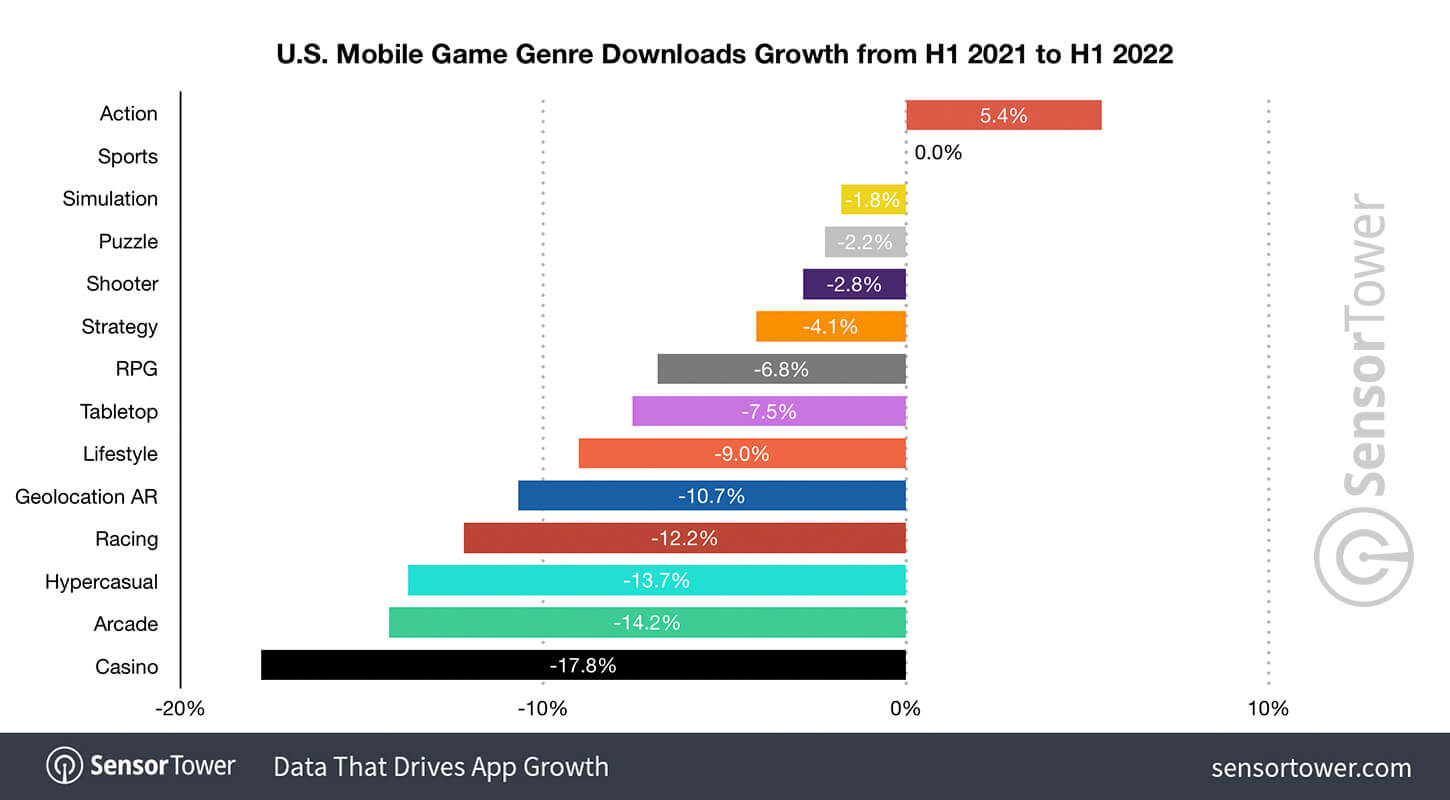 Aside from action games, all other mobile gaming genres saw a year-over-year decline in downloads, with casino games bearing the brunt with a 17.8 percent drop. Overall downloads fell 2.5 percent to 2.4 billion, and US mobile game sales fell 9.6 percent year-on-year to $11.4 billion.