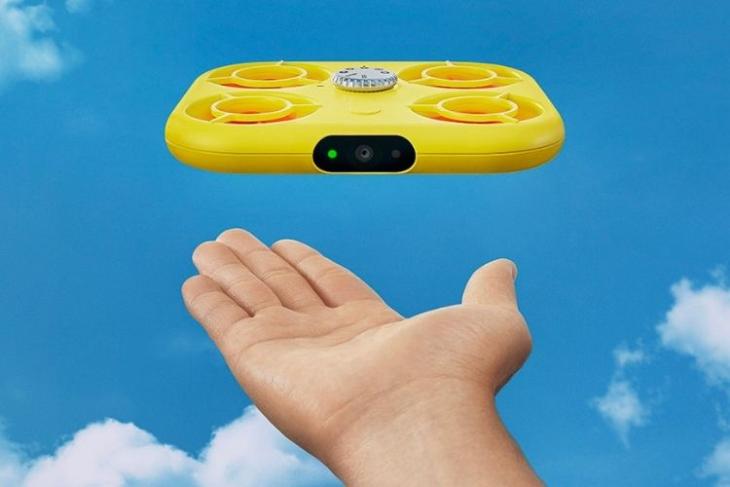 Snap Inc. recently held its Snap Partner Summit 2022 to announce a slew of new features for the Snapchat app and a new pocket-sized, cute-looking camera drone called the Pixi. New features include a director mode, new AR tools, and more. See what everyone announced here.

Snapchat has tried to take the Snap Camera to another level with the introduction of a smaller, drone-like camera for capturing moments from different angles. It can float, orbit, and follow you with a simple tap and doesn’t even require a controller to operate. Once the drone is done recording, it will come back to your palm.

Everything captured through Pixie will be saved as a Snapchat memory, and you can easily apply a number of edits (lenses, sounds, hyperspeed, bounce, orbit 3D, and more). it is Currently $229.99 in the US and France. available on (approx Rs 17,500) as long as the stock lasts.

Snapchat has now introduced a new camera and editing tools as part of Director Mode for various content creators on the platform. This will help the creators to easily post quality content. has been brought into director mode Ability to record video using both front and rear cameras at the same timeNew Green Screen Mode, Quick Edit feature to take and edit multiple snaps at once. See here how it works.

Director Mode will be rolled out for iOS users first, followed by Android rollout in the coming months. The option will reside in the camera toolbar or can be accessed via the “Create” button in Spotlight.

snapchat is bringing New version of Lens Studio aimed at offering a more dynamic and realistic lens, The API library will also be expanded to bring more lenses into the picture. Also, the lens analytics feature will be further improved for better information. Snapchat is also expanding the reach of Camera Kit to more partners. It has already been adopted by Samsung, Microsoft and others.

Snapchat is driving AR shopping further with the introduction of AR image processing technology, Snap’s 3D asset manager. Dress Up brings to AR fashion and try-on experiences, and a camera kit for AR shopping. You can view more details here.

Additionally, Snapchat has partnered with Live Nation for enhanced concerts and shows via custom, immersive AR. People can open the Snap Camera at select concerts to indulge in AR experiences, find people at concert venues, try on merch via AR, and more. it has also introduced New Minis Private Components System for Lightweight Minis Using HTML5.

So, what do you think of Snapchat’s new announcements? Let us know your thoughts in the comments below!